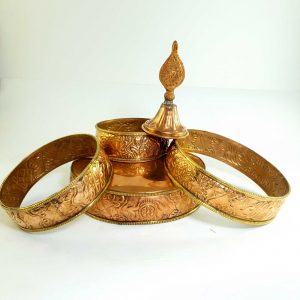 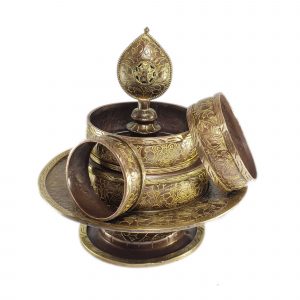 The mandala offering is an extremely powerful method for accumulating extensive merit and receiving realizations such as bodhicitta and emptiness quickly. Just as great strength is needed to carry a heavy load, a great amount of merit is needed to lead all sentient beings to enlightenment. There's nothing that can be offered with your hands that is more meritorious than offering mandalas. The Tibetan term for mandala is khyil-khor, which means "taking the essence." The essence you take is the whole path from guru devotion to enlightenment. That's what you get from doing this practice, plus the result: the unification of dharmakaya and rupakaya. Therefore by doing this practice you receive inconceivable temporal and ultimate happiness.

MANDALA OFFERINGS AND THE SIX PERFECTIONS Offering the mandala contains the practice of all six perfections. By cleaning and blessing the mandala base with liquid mixed with a bajung pill you practice the perfection of giving (water symbolizes prosperity). Checking the grain1 for insects and looking after the base, keeping it clean, leads to the perfection of moral conduct. Removing insects from the grain without harming them leads to the perfection of patience. Thinking of how fortunate you are to be able to practice Dharma and making the offering with joy, you cultivate joyous effort. By not forgetting the visualization, you attain concentration. By clearly visualizing the colors and objects in the mandala, and by meditating on its emptiness, wisdom is attained. Therefore offering mandalas helps you to quickly complete the two accumulations of the merits of method and wisdom as it contains all six perfections. This practice pacifies all hindrances to your temporal and ultimate happiness. These depend on merit and merit depends on offerings. The most meritorious object to offer is the mandala. Therefore if you wish to achieve temporal and ultimate happiness, the best thing you can do is to offer many mandalas. Lama Tsongkhapa offered a million eight hundred thousand mandalas and achieved all the realizations of the stages and paths. If you wish to gain realizations you should offer mandalas to your guru every day as his jewel-like body can bestow the sphere of great bliss in an instant. All realizations depend on your guru. Offering mandalas to him/her is like offering gifts to a king before requesting a favor of him. Achieving enlightenment in one lifetime depends on your relationship with your guru. Lama Tsongkhapa was instructed by Manjushri to leave the monastery and go to a hermitage where he was to concentrate on bodhicitta, seeing his guru as Buddha, meditate on the path, purify and accumulate merit. Without working on all of these, even if you practice for a hundred years you won't gain realizations. However, if you do, you will receive realizations within three years or even in a few months. The mere wish to make progress doesn't make it happen. It's necessary to create the causes, one of which is accumulating merit. 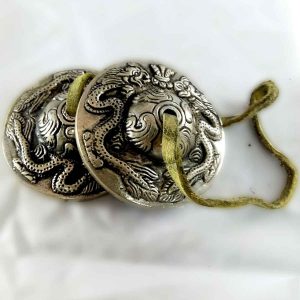 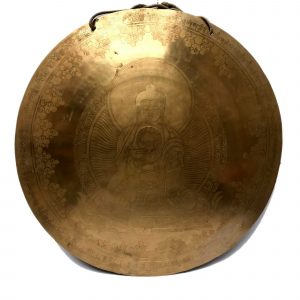 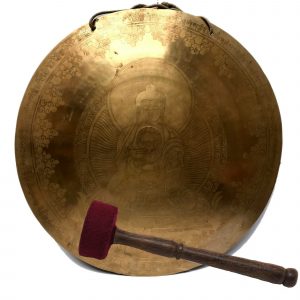 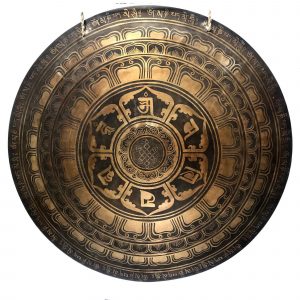 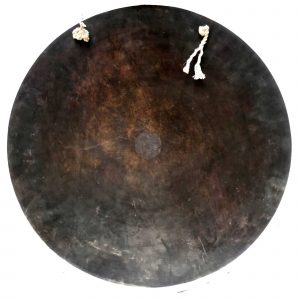 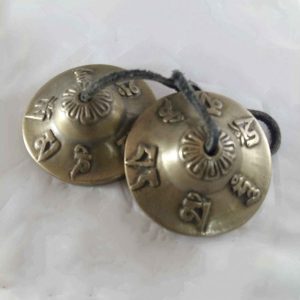 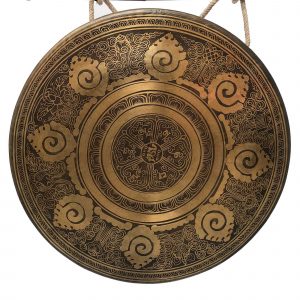 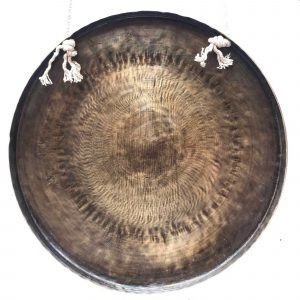 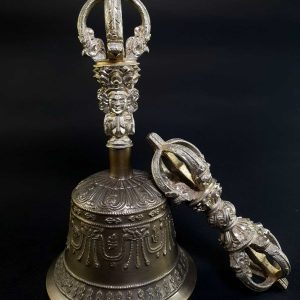 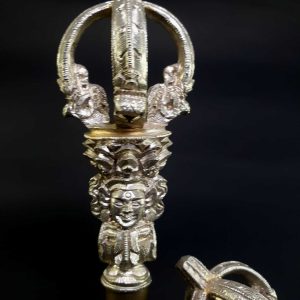 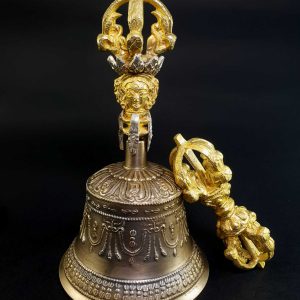 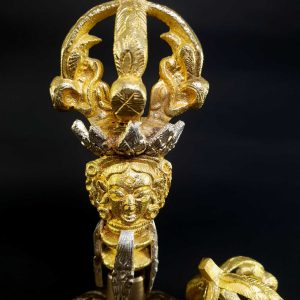 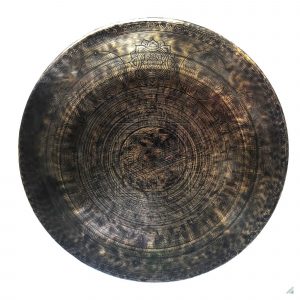 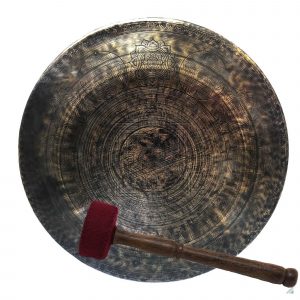