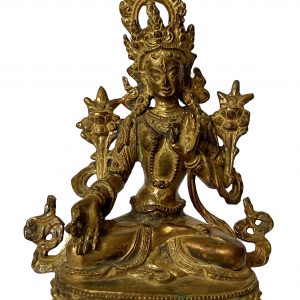 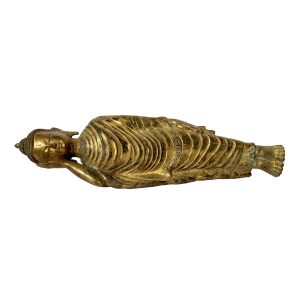 SHAKYAMUNI BUDDHA : BRIEF INTRODUCTION
The ancient Sanskrit word ‘Buddha’ means ‘having become awoken ‘ in the sense of having attained ‘supreme awareness’. It is closely related to term ‘Bodhi’ which refers to awareness. The serene & sublime image of Gautama embodies a condition of compassionate understanding, of an awoken illuminated mind. This is a stark contrast to many Western ideas of outward pride, muscular vigour & displays of material wealth. Gautama Shakyamuni was born c.563 BCE in Lumbini which is today in Nepal. He concentrated on the cardinal Rule of Desire & its relationship to hate. This Principle pre-existed his lifetime & is a theme common to Hinduism, Jainism & similar faiths. Desire is taken in the sense of greed, selfishness, possessiveness which combine to obscure higher awareness & understanding, especially in context with the world around us. He was certain that the suffering sick people, hungry people, old people & poor desperate people was caused by & had arisen through a misunderstanding & that misplaced-desire & had generated this suffering.

Compare
Add to wishlist
SKU: HAMS-11 Categories: Metal Statues, Nepali Statues, Sculptures
Share
Facebook Twitter Pinterest linkedin WhatsApp WhatsApp Telegram
Description
ICONOGRAPHY
The idea of freeing the self (ourselves) from material world & the realisation of the supreme self is a theme common to Indian Philosophy. This is why word associated with the liberation such as Moksha, Samsara ( cycles of suffering), Karma & Nirvana are common to Hinduism , Jainism & Sikhism. The difference between these three schools of thought is twofold, 1. How this freeing of the self is attained & 2. What the nature of this freedom ‘is’. That is what state of being freed or partly freed actually feels like or how it can be described.

Gautama is painted with golden skin sitting in a lotus seat [Skt. Padmasana] also called the meditative seat [Skt. Dhyanasana] & upon a white moon disc which represents the male principle of method which itself is upon a lotus throne. His left hand touches the ground in what is called bhumisparse mudra which symbolises his own recognition of enlightened mind in one of the most iconic images in all Buddhism. The palm always faces inwards. His feet are deliberately drawn level with one another & enlarged, being specific marks of a Buddha. His right hand supports an alms bowl [Skt. Patra], containing the liquid elixir of eternal life. Somehow the simple image of the bowl reflects his overwhelming humility & kindness. He wears the traditionally maroon gold monk’s patched robe [Skt. Samghati] made of twenty five pieces of cloth which the first Buddhist monks sewed together. The Buddha has a green nimbus and blue aureole around his body signifying the highest level of understanding. Siddhartha is surrounded by Pink Lotuses [Skt. Padma]. This kind of lotus is connected with loving kindness & a flowering of pure consciousness. The closed bud to his right side represents the past or originating mind, the blooming flower represents the present & the buds represents the future Buddha Maitreya and forthcoming realisations. His elongated earlobes depict his royal connection; his knotted black hair & topknot symbolise his abandonment of worldly possessions; the dot [Skt. Urna] on his brow on the command chakra [Skt. Ajna] represents his transcendent wisdom, the 31st mark of a Buddha.

LIFE STORY
Gautama was born c.563 BCE Lumbini, today in Nepal Died c.483 BCE Kushinagar in India. within the Sakya kingdom in Nepal. He family names were variously called Gautama [Skt. ‘Best Cow’] & surname Shakyamuni [Skt. meaning ‘Sage of the Shakyas’] The name Gautama is linked with a person called Maharshi [Eng. victorious on earth] Gautama who was an ancient seer. Maharshi Gouthama descendents adopted his surname. During his life he was as often called Gautama Tathagata, as Gautama Siddhi-hatha as Gautama Buddha. It was in recognition of his spiritual accomplishments he was called Siddhartha & relates to why Gautama is a Hindu avatar. The lineage of 23 Buddhas were for the majority drawn from Janapada Kings & high ranking Brahmins.
He studied Buddhist Ideas in several locations in Kashmir & Northern India which to may seem a contradiction in terms, this is because to many Gautama Buddha is what Buddhism is. There are in fact two basic schools of thought. 1. That Gautama is recognised for his enlightened reasoning who according to Theravada Buddhism was the 28th Buddha. 2. That he is the Supreme Buddha [Skt. Sammasambuddha] of our age & that he is the be all & end all of Buddhist Doctrine, & closely follow his progress or ‘life story’ & to how he in how became full awoken. In Hinduism he is considered to be the ninth avatar of God Vishnu.

At the age of 29 Siddhartha left his palace in order to meet his people. Despite his father’s effort to remove the sick, aged & impoverished, Siddhartha encountered an old man. Disturbed by this, when told that all people would eventually grow old by his charioteer Channa, variously, a diseased man, a decaying corpse, and an ascetic. Deeply depressed by these sights, he sought to overcome old age, illness, and death by living the life of an ascetic. He left his palace leaving behind this royal life to become a mendicant. Siddhartha left Rajagaha and practised under two hermit teachers. After mastering the teachings of Alara Kalama Siddhartha was asked by Kalama to succeed him, but moved on.
He then became a student of Uddaka Ramaputta, but although he achieved high levels of meditative consciousness and was asked to succeed Ramaputta, he was still not satisfied with his path, and moved on. He initially became as ascetic but then After asceticism and concentrating on meditation and Anapana-sati (awareness of breathing in and out), Siddhartha is said to have discovered what Buddhists call the Middle Way- a path of moderation away from the extremes of self-indulgence and self-mortification.
Gautama thus journeyed to Deer Park near Varanasi (Benares) in northern India, he set in motion the Wheel of Dharma by delivering his first sermon to the group of five companions with whom he had previously sought enlightenment. They, together with the Buddha, formed the first sangha, the company of Buddhist monks. For the remaining 45 years of his life, the Buddha is said to have traveled in the Gangetic Plain, in what is now Uttar Pradesh, Bihar & southern Nepal, teaching to an extremely diverse range of people, from nobles to outcaste street sweepers, mass murderers such as Angulimala & cannibals such as Alavaka. The sangha travelled from place to place in India, expounding the dharma.

2nd Commentary Gautama’s entire Teachings revolve around: The Principle of the Three marks of existence; 1. Dukkha (Sanskrit: du?kha): That all beings suffer from all situations due to unclear mind. 2. Anicca (Sanskrit: anitya): That all things are impermanent. 3. Anatta (Sanskrit: anatman): That the perception of a constant “self” is an illusion. Gautama considers the arising of this suffering, & explains that this is caused by a misunderstanding of phenomena (the world around us) which is impermanent [Anicca] which he then related to the illusion of the ego, which is actually nothing but an illusion. [Anatta]. He shows that by understanding the nature of the suffering, & specifically its arising, we can alleviate this or extinguish it altogether.

1.To live means to suffer, because the human nature is not perfect and neither is the world we live in. During our lifetime, we inevitably have to endure physical suffering such as pain, sickness, injury, tiredness, old age, and eventually death; and we have to endure psychological suffering like sadness, fear, frustration, disappointment, and depression. Although there are different degrees of suffering and there are also positive experiences in life that we perceive as the opposite of suffering, such as ease, comfort and happiness, life in its totality is imperfect and incomplete, because our world is subject to impermanence. This means we are never able to keep permanently what we strive for, and just as happy moments pass by, we ourselves and our loved ones will pass away one day, too.

2. The origin of suffering is attachment. The origin of suffering is attachment to transient things and the ignorance thereof. Transient things do not only include the physical objects that surround us, but also ideas, and -in a greater sense- all objects of our perception. Ignorance is the lack of understanding of how our mind is attached to impermanent things. The reasons for suffering are desire, passion, ardour, pursuit of wealth and prestige, striving for fame and popularity, or in short: craving and clinging. Because the objects of our attachment are transient, their loss is inevitable, thus suffering will necessarily follow. Objects of attachment also include the idea of a “self” which is a delusion, because there is no abiding self. What we call “self” is just an imagined entity, and we are merely a part of the ceaseless becoming of the universe.

3. The cessation of suffering is attainable. The cessation of suffering can be attained through nirodha. Nirodha means the unmaking of sensual craving and conceptual attachment. The third noble truth expresses the idea that suffering can be ended by attaining dispassion. Nirodha extinguishes all forms of clinging and attachment. This means that suffering can be overcome through human activity, simply by removing the cause of suffering. Attaining and perfecting dispassion is a process of many levels that ultimately results in the state of Nirvana. Nirvana means freedom from all worries, troubles, complexes, fabrications and ideas. Nirvana is not comprehensible for those who have not attained it.

4. The path to the cessation of suffering. There is a path to the end of suffering – a gradual path of self-improvement, which is described more detailed in the Eightfold Path. It is the middle way between the two extremes of excessive self-indulgence (hedonism) and excessive self-mortification (asceticism); and it leads to the end of the cycle of rebirth. The latter quality discerns it from other paths which are merely “wandering on the wheel of becoming”, because these do not have a final object. The path to the end of suffering can extend over many lifetimes, throughout which every individual rebirth is subject to karmic conditioning. Craving, ignorance, delusions, and its effects will disappear gradually, as progress is made on the Noble Eightfold Path will lead to the cessation of attachment and craving and therefore suffering. 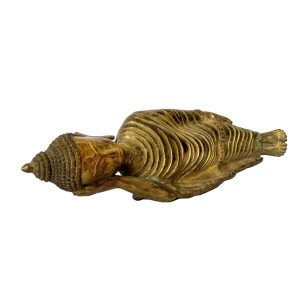 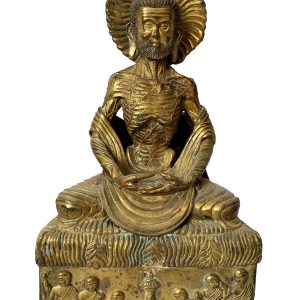 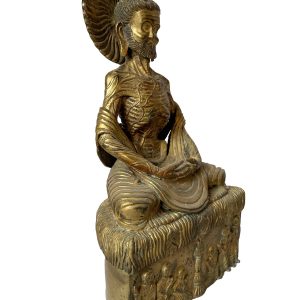 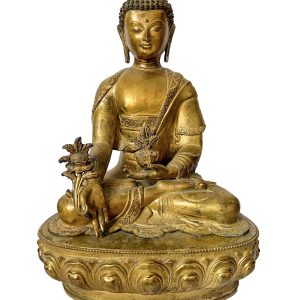 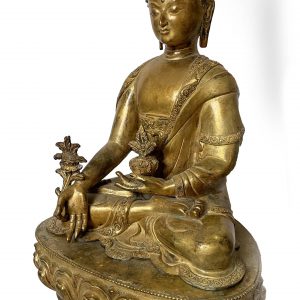 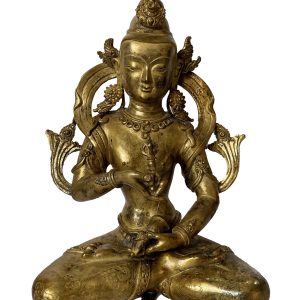 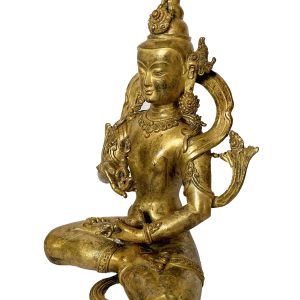 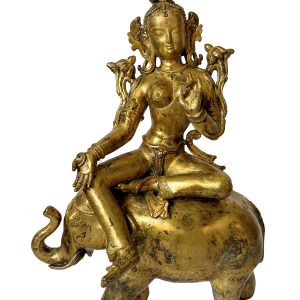 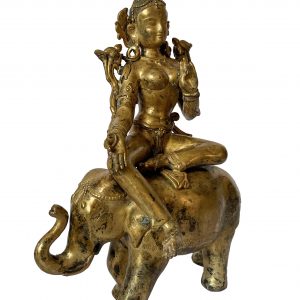 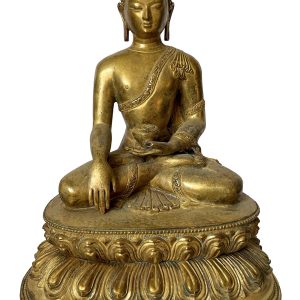 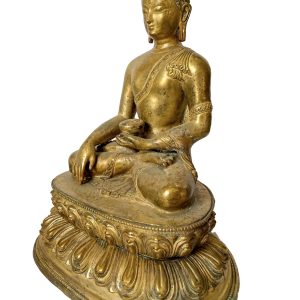 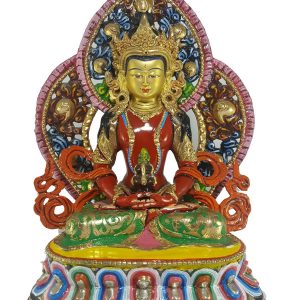 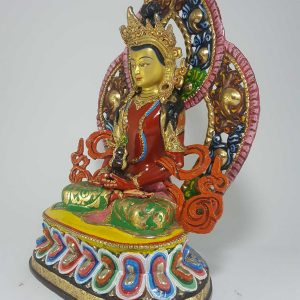 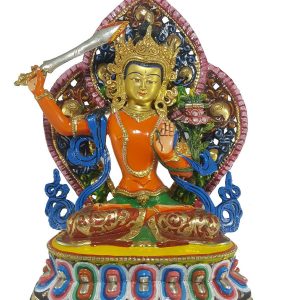 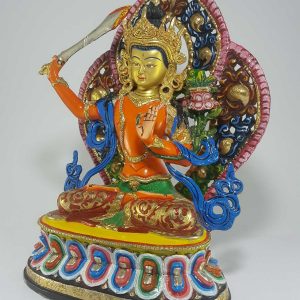