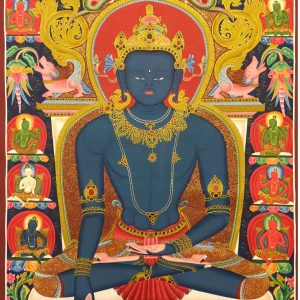 HQ Newari Paubha of Akshobhya Buddha with 24k Gold $750.00
Back to products
Next product 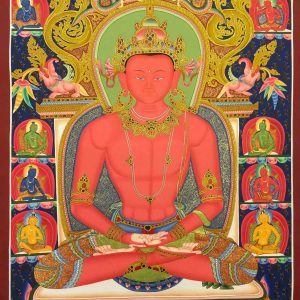 He is one of the five Tathagatas symbolizing all pervasive wisdom(skt. suvi suddha dharma dhatu jnana) i.e. knowledge free from all kinds of obscuration. He is placed generally in the sanctum of the stupa. sometimes he is placed between Akshobhya and Ratna Sambhava in the stupa. He resides always in the Akanistha heaven.

Most thangkas are relatively small, comparable in size to a Western half-length portrait, but some are extremely large, several metres in each dimension; these were designed to be displayed, typically for very brief periods on a monastery wall, as part of religious festivals. Most thangkas were intended for personal meditation or instruction of monastic students. They often have elaborate compositions including many very small figures. A central deity is often surrounded by other identified figures in a symmetrical composition. Narrative scenes are less common, but do appear.
VAIROCANA BUDDHA : BRIEF DESCRIPTION
He is one of the five Tathagatas symbolizing all pervasive wisdom(skt. suvi suddha dharma dhatu jnana) i.e. knowledge free from all kinds of obscuration. He is placed generally in the sanctum of the stupa. sometimes he is placed between Akshobhya and Ratna Sambhava in the stupa. He resides always in the Akanistha heaven.He is white in color and his hands are held against his chest with the tips of thumb and forefinger of each hand joined displaying Bodhyanga mudra. His vehicle is a pair of lions symbolizing lions roar of dharmadhatu jnana which terrifies all wrong views. He can be recognized through white disc or dharmacakra which cuts all wrong views.
Vairocana Buddha originates from the seed syllable Om placed on the orb of the moon. He also represents Rupa (form) of five aggregates. He is not a historical Buddha like Shakyamuni Buddha. According to Dharmalaksana sect of Mahayana Buddhism he is considered to be Svabhavikakaya of Shakyamuni Buddha. In some esoteric sect of Japan he is said to be the supreme lord of secret vehicle i.e. Mahavairocana.
When Vairocana Buddha is four faced and eight-armed he is addressed as Vajradhatu Buddha. According to Vajradhatu Mandala of Nispanna Yogavali, Vairocana is seated in Vajra Priyanka and is white in color. His four faces are of white, yellow, red, and green color. He is eight-armed with his two hands holding a vajra and displaying dharmacakra mudra; the second pair shows dhyana mudra, third pair holds a rosary and an arrow and the last pair holds a discus and a bow.
Additional information
Shipping & Return Policy 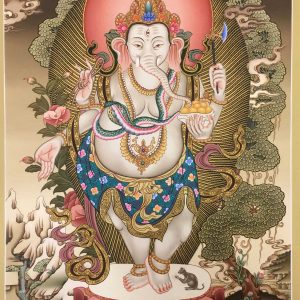 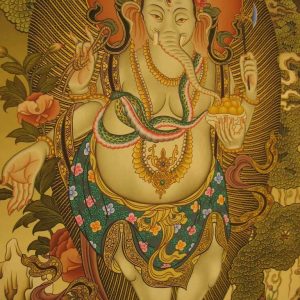 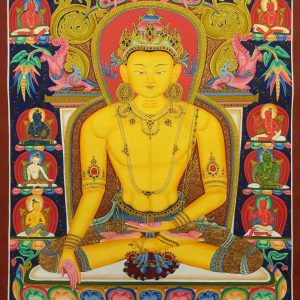 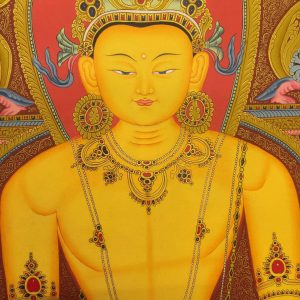 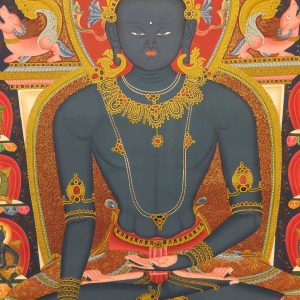 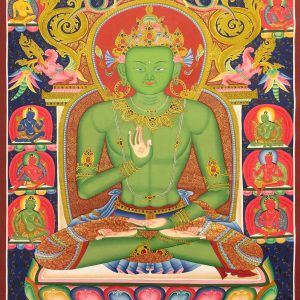 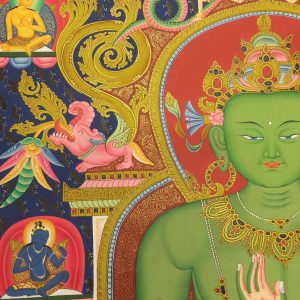 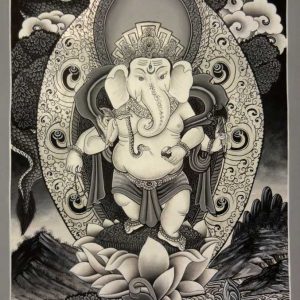 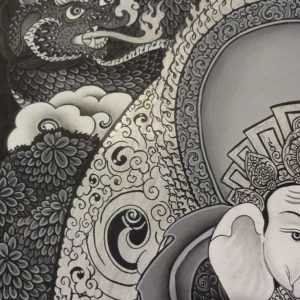 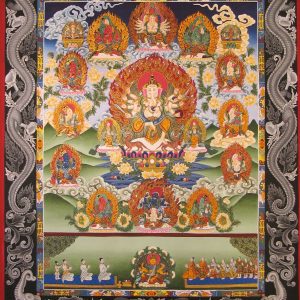 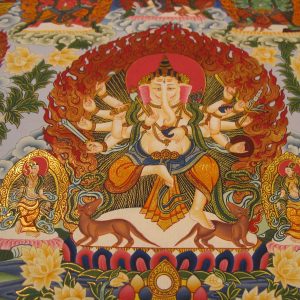 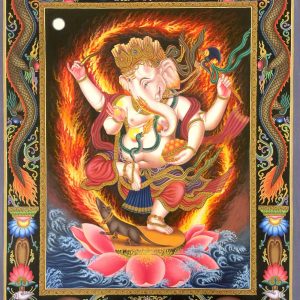 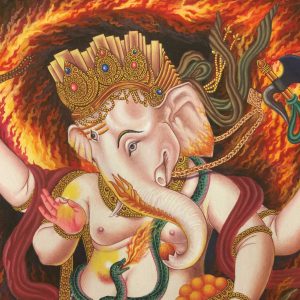 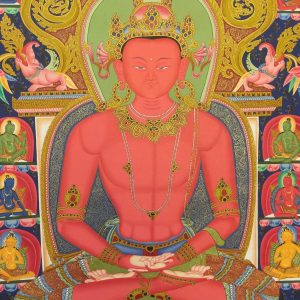